The Digital Season reintroduces Houstonians to classics
with translations by Artistic Director Rob Melrose
and celebrates Alley All New Alumni and Houston writers.
Register for your private viewing links by clicking More Information next to each of the below shows. 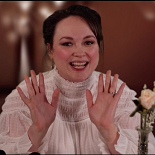 Two rival actresses run into each other at a café on Christmas night. One seems to have everything: a husband, children, prosperity, and shopping bags laden with Christmas gifts. The other sits silently at her table not speaking a word. As events unfold, it becomes clear that things aren’t what they seem, and it is perhaps the silent one who has everything…has stolen everything. Alley Resident Acting Company members Elizabeth Bunch and Melissa Pritchett duel it out to determine which of them is The Stronger. 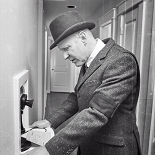 A Half Sheet of Paper

One of Strindberg’s best loved short stories is now available for English-speaking audiences to enjoy. A man is moving out of his apartment and makes one last check through the empty spaces to make sure nothing has been forgotten. By the telephone, he finds a small sheet of paper full of notes and scribblings that calls forth a flood of memories of the highs and lows of his two years living there. Perhaps no short story better encapsulates Tennyson’s maxim “’Tis better to have loved and lost / than never loved at all.” Alley Resident Acting Company Member Chris Hutchison beautifully guides us through this poignant experience. 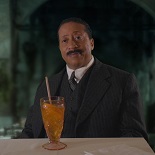 The Man With The Flower In His Mouth

Two strangers meet at a train station in the middle of the night. At first, their concerns seem the petty worries of the everyday, but as the two men get to know each other better, the subject turns to life, death, and the meaning of existence. It is the play that inspired Edward Albee’s masterpiece The Zoo Story. Luigi Pirandello won the Nobel Prize for Literature in 1934 and is considered to be one of the most innovative dramatists who ever lived. David Rainey and Jay Sullivan ponder the wonder of being alive in this thought-provoking drama. 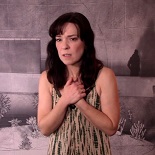 Sexual jealousy, betrayal, revenge, and murder! One of the first plays ever written remains one of the most gripping. Medea has sacrificed everything for her marriage to Jason. Now he has his eye on a younger potential bride. Watch as Medea makes him pay dearly for his infidelity. Tune in to see Alley Resident Acting Company member Elizabeth Bunch in this tour-de-force performance of one of the greatest roles in theatre history. 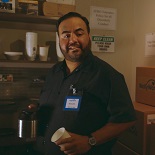 Janie and Miguel are long-time assistant managers at a big box store in El Paso right by the Zaragoza Bridge to Juárez, Mexico. The memorial service is tonight. It didn’t happen at their store, but it could have. Should they go? Will they go? Written by Texas playwright Isaac Gómez (commissioned author of the upcoming What-a-Christmas! at the Alley). 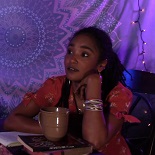 By Chisa Hutchinson
Directed by Christopher Windom
May 7 – july 4, 2021

A man escapes the rain by walking into a psychic’s shop. She has a towel waiting. He accepts a reading. It may, or may not, change his life. A short play by the author of Amerikin (Alley All New Festival 2019 and on track for production in a future season). 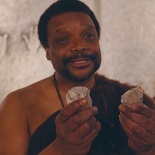 A cave man on a plateau. He invents fire. A cavewoman arrives. She invented fire yesterday. She wants his help. But he knows bad things happen when people start to band together. This short play reunites playwright Don X. Nguyen and director Brandon Weinbrenner following the reading of The Supreme Leader (Alley All New Festival 2019). 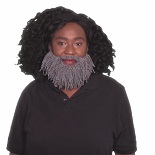 For Steve Wozniak, on His 67th Birthday 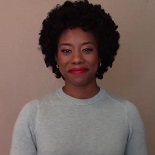 Hollywood, 1954. Black comedienne Doris Jean is performing at an after-hours club and catches the eye of producer Samuel Stahr. His T.V. show featuring a former radio star is floundering; Doris Jean may be just what The Eva Rose Show needs. Doris refuses to play a maid and is cast as one anyway. But the two women connect and make a delightful comedy duo. Still, how high can a talented Black woman rise in old black and white Hollywood? A new play by Houston author and former LA actor ShaWanna Renee Rivon. 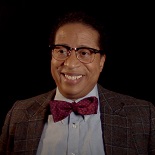 An Enemy of the People

By Henrik Ibsen
Translated from the Norwegian by Paul Walsh
Directed by Rob Melrose
April 30 – May 23, 2021

What does it mean to be a Public Enemy? Dr. Stockman wants to keep his community safe by shutting down the town’s economy while making the necessary changes in the poisoned water supply to make sure it is safe. His brother, the mayor, fights with all his might to keep the economy open despite the health risks. According to him, the time and money to make the water supply safe would ruin the economy and bankrupt the town. Does this sound familiar? Alley Resident Acting Company members David Rainey and Todd Waite star as the battling brothers in this fight for the soul of the city.  Join us for Ibsen’s particularly timely classic. 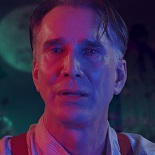 Two archeologists marvel over a chest of gold artifacts one of them has found. Moral questions about what to do with this gold rise to the surface as troubling questions about the men’s criminal pasts are probed to their very depths. Strindberg was highly influenced by the work of Edgar Allen Poe while writing this play, especially Poe’s mesmerizing story The Cask of Amontillado (beautifully read by David Rainey in our Chills and Thrills Series). Alley Resident Acting Company Members Shawn Hamilton and Todd Waite shift from a pleasant conversation to battle for each other’s souls as they each try to grab the gold.