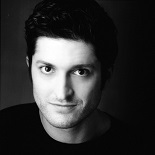 Adam Noble is a movement specialist with acting, directing, movement coaching, intimacy coordination, choreography and fight direction credits in the worlds of theatre, film and opera. Some of his recent credits include the Kennedy Center for the Performing Arts, the Houston Grand Opera, and the nationally-distributed feature film ECCO. Adam is Head of BFA Acting at the University of Houston, where he also serves on faculty for the graduate-level Professional Actor Training Program. He is the Studio Movement Instructor for the Houston Grand Opera, and a voice actor for Sentai Filmworks. Adam is a Fight Director and Certified Teacher with the Society of American Fight Directors, and an Intimacy Director with Intimacy Directors International. He is a proud member of Actors Equity Association, and Stage Directors and Choreographers. Adam teaches movement both nationally and internationally, and has choreographed the physicality, violence and intimacy for well over 200 stage and film productions.