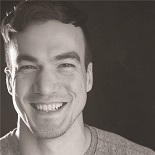 Alan Brincks is delighted to be working with this fantastic team on Clue. He was last seen at the Alley Theatre in the Alley All New Festival reading of The Supreme Leader. Other Houston performances include: Pass Over at Rec Room Arts, Private Lives and Miss Bennet: Christmas at Pemberley at Main Street Theater, and Fair Maid of the West with Classic Theatre Company. Previous regional credits include work with Virginia Stage Company, Arkansas Shakespeare Festival, Nebraska Shakespeare, and Quintessence Theatre Group, among others. Alan is an Instructor of Theatre at Lamar University, an Intermediate Actor Combatant with the Society of American Fight Directors, and lends his voice to anime dub casting. BFA Nebraska Wesleyan University, MFA University of Houston. alanbrincks.com.