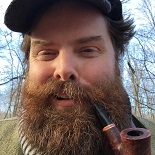 Alex Harvey is a filmmaker, writer, editor, composer and producer based out of the Lower Hudson Valley, New York. Most recently Alex wrote and directed The Unsilent Picture, a black and white silent film starring Bill Irwin. Alex produced, co-wrote and directed the feature narrative film Walden: Life In The Woods starring Academy Award Nominee Demian Bichir. Alex co-directed and produced I Am A Seagull, the doc/narrative hybrid film of Lake Lucille’s 2014 production of Chekhov’s The Seagull which is currently touring contemporary art museums internationally. He was apprentice director under master director Allen Coulter on Boardwalk Empire’s fourth Season. Regional live theatre credits include Glen Berger’s O Lovely Glowworm (A.C.T.), Underneath The Lintel (Alley Theatre), and a workshop of Berger’s The New Frontier (Berkley Rep), as well as regional premieres of Oh The Humanity,  Mr. Marmalade, and I Am My Own Wife at Stages Rep. Alex’s own works have been staged at NYU in the MFA program over the last six years, where he has worked as an adjunct professor. For NYU/MFA he wrote and directed The Humans Are In Trouble, Careless Marjory, his own two-space adaptation of Nabokov’s Pale Fire and a co-adaptation of Peer Gynt with Keith Reddin called peer@me. In 2009 he worked with Michael Pollan adapting his Botany Of Desire into an opera as a part of the Berkeley Arts Research Center initiative.