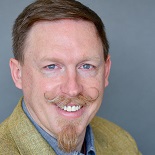 Arthur M. Jolly is a playwright and screenwriter, recognized by the Academy of Motion Picture Arts & Sciences with a Nicholl Fellowship in Screenwriting, and in 2017 won the Hammond House International Literary Prize for a Screenplay. Feature screenplays include Under the Same Sky (Director Anna Foerster, screenplay by credit, story by Tony Kamrany), and Where We Disappear, which premiered in Los Angeles in June 2019 and is currently on the festival circuit. As a playwright, Jolly has won the Joining Sword and Pen competition a record three times, a Todd McNerney National Playwriting Award, and was a finalist for the Woodward/Newman Drama Award. In 2016, 2017, and 2019, he was featured artist at the Last Frontier Theatre Conference, and in 2019 was invited by the Alley Theatre to participate in the inaugural Alley at Ucross Residency. He has penned over 70 produced plays, with productions across the US and in Canada, Europe, Asia, Africa, Australia, and South America. Published works include A Gulag Mouse, The Ithaca Ladies Read Medea, Trash, Long Joan Silver, Past Curfew, Rising, and two collections of short plays Guilty Moments and Thin Lines. Jolly is a member of the WGA caucus and The Dramatists Guild. Repped by Brant Rose Agency. More at arthurjolly.com.