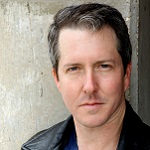 CHRIS HURY is very pleased to be making his debut at the Alley Theatre. He has worked extensively in North Texas since returning to his home state from New York in 2009. A few favorite roles are Jason in Medea, Lord Capulet in Romeo and Juliet, Alan in God of Carnage, all with the Dallas Theater Center; Cyrano de Bergerac in Cyrano de Bergerac, Posthumus Leonatus in Cymbeline, both with Shakespeare Dallas; Jeff Skilling in Enron with Theater Three and Petruchio in The Taming of the Shrew at Stage West. Chris is a former member of the Circle Repertory Company in New York City and is a graduate of Southern Methodist University’s Meadows School of the Arts.