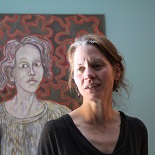 In April of 2016 Foote’s play Scotland was part of the SPACE On Ryder Farm reading series. Michael Wilson directed her play Pearl for NY Stage and Films’ Reading Series at Barnard College. Him premièred in October of 2012 at Primary Stages to critical acclaim from the New York Times and the New Yorker and starred her sister, Hallie Foote. Bhutan, an Outer Critics Circle Award Nominee, was featured on the main stage at New York Stage and Film’s Powerhouse festival before its New York Premier at the Cherry Lane Theater. Her father Horton Foote directed When They Speak Of Rita in an extended run off Broadway at Primary Stages. Her other productions include God’s Pictures, produced by the Indiana Repertory Theatre for their main stage and Farley And Betsey produced by the Women’s Project. She was honored with the Roger L. Stevens Incentive Award in association with the Kennedy Center Fund for New American Plays and the President’s Committee for the Arts for her play Living With Mary. Foote’s residencies and festivals include The Working Farm at Space On Ryder Farm, O’Neil Playwrights Conference, Hartford Stage’s Brand New Festival. Foote’s publications include Bhutan published by Dramatist Play Service, and Him also by DPS. Daisy is excited to be working with the Alley Theater and thanks them for their generosity.