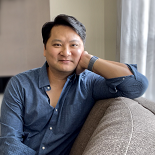 Don X. Nguyen is a Vietnamese refugee, born in Saigon, Vietnam, and relocated to Lincoln, Nebraska at the age of three.  Don studied theatre at the University of Nebraska-Lincoln, and served as the Artistic Director of the Shelterbelt Theatre in Omaha from 1999-2003.  Don also worked as a software developer for several companies, most notably as a defense contractor for the US Government.  He is currently based out of New York City.

Full length plays include: The Supreme Leader (Dallas Theater Center, Alley Theatre All-New Festival, Roundabout Underground Reading Series). Hello, From The Children Of Planet Earth (The Playwrights Realm), Sound (Azeotrope/ACT Seattle), Red Flamboyant (Firebone Theatre Company), The Commencement Of William Tan (Yale Cabaret), The Man From Saigon and The World Is Not Silent (commissioned by East West Players). Don was also one of forty-eight playwrights commissioned to write for The Mysteries which received its world premiere at The Flea (AD: Jim Simpson, dir: Ed Iskander).  Don is currently developing The Golden Spike, a new musical in collaboration with the folk-rock band The Lobbyists.

Don is the recipient of the 2015 GAP Prize from the Aurora Theatre and New York Stage & Film Founder’s award and has been a finalist for The O’Neill National Playwrights Conference, The Princess Grace Award, the Jonathan Larson Grant and The Woodward International Playwriting Prize.  Nominations include: the Laurents/Hatcher award and the L. Arnold Weissberger Award and a Gregory Award outstanding play nomination for Sound.

Don is a proud member of the Ma-Yi Writers Lab, the Public Theater’s inaugural Emerging Writers Group, The Civilians inaugural R&D Group, the 52nd Street Project, and a co-founder of Mission to (dit)Mars, a Queens based theatre arts collective.  For more information, please visit: thenuge.com