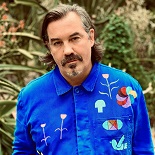 Duncan Sheik is a Grammy and Tony Award®-winning artist who launched his career in 1996 with his Grammy nominated self-titled debut album. Sheik is the composer for the critically acclaimed musical Spring Awakening, which went on to win eight Tony Awards® in 2007, including awards for Best Orchestrations and Best Original Score. The album earned Sheik a Grammy Award for Best Musical Show Album. In years since, Sheik has released multiple albums, most recently Legerdemain in 2015 and American Psycho: Original London Cast Recording, with lyrics and music written by Sheik, which premiered in the U.S. on Broadway in 2016 after a sold-out London run. His most recent theatre projects include Alice By Heart, Secret Life of Bees, Because of Winn Dixie, and Bob & Carol & Ted & Alice. Sheik is also the owner of Sneaky Studios in Garrison, NY.