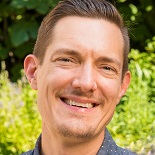 J. Gordon Wright spent his formative music years playing classical violin, but a stint in college a cappella gave him a bug for singing and soon after he started a Boston-based rock band called Fooled By April. The band played festivals like SXSW and CMJ and licensed some songs to Sony and ABC/Disney. These days Gordon lives with his wife and two young kids just outside of Chicago in Evanston, Illinois, and leads a small nonprofit called Education Post that helps elevate the voices of families and educators who support education reform. He doesn’t perform much music these days, so his contributions to the songs of Mr. Texas are a culmination of years-worth of pent up melodies.