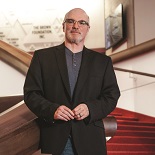 James Black is thrilled to be returning to the Alley where as actor and occasional director, he has been involved in over 100 productions. As an actor he appeared in Moon for the Misbegotten (James Tyrone), The Seafarer (Sharkey), You Can’t Take it With You (Martin Vanderhof), All My Sons (Joe Keller), Peter Pan (Capt Hook/Mr Darling), Harvey (Elwood P Dowd), Freud’s Last Session (Sigmund Freud), A Christmas Carol (Scrooge), Our Town (Stage Manager), The Crucible (John Proctor), Angels in America (Roy Cohn), After the Fall (Quentin), View From the Bridge (Eddie Carbone), among many others. When the Alley Theater and the National Theater of London’s joint production of Not About Nightingales travelled to New York, he received a Theatre World Award for Outstanding Broadway Debut and a Drama Desk nomination for Best Actor for his portrayal of Butch O’Fallon. He has also directed Good People, A Christmas Carol, An Act of God, Saint Nicholas, Clybourne Park, A Behanding in Spokane, Doubt, Death on the Nile, Glengarry Glen Ross, Deathtrap, Black Coffee, Dial “M” for Murder, Our Lady of 121st Street, The Foreigner, The Unexpected Guest, Of Mice and Men, and As Bees in Honey Drown.