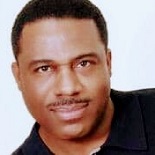 JASON E. CARMICHAEL was raised in Houston, TX. After earning a BFA in Theatre from Howard University, Jason lived in Los Angeles where he worked in film (Sugar Hill, Caught Up) and television (“NYPD Blue,” “Once and Again”) for over twenty years. His first love will always be the stage and he has performed the bard on the boards many times, including the title roles in Othello and Macbeth, Don Pedro (Much Ado About Nothing), Mercutio/Friar Laurence (Romeo and Juliet), and Bottom/Oberon (A Midsummer Night's Dream) for the California Shakespeare Company. Mr. Carmichael studied classical theatre with acclaimed actors Al Freeman, Jr. and Alfred Molina. Since moving back home several years ago, Jason has performed in a dozen shows at the Ensemble Theatre including Fences (Houston Press Best Supporting Actor finalist), The Meeting (Best Actor award for Martin Luther King), Fly, Fetch Clay/Make Man (Houston Theatre Awards Best Actor Finalist for Stepin Fetchit), and Ma Rainey's Black Bottom. He also appeared in AD Players production of To Kill a Mockingbird. Jason is honored to make his Alley Theatre debut in Twelfth Night and wishes to thank Eileen Morris for her artistry, inspiration, and support. He dedicates this show to the light of his life, his 'sun' Tejomay.