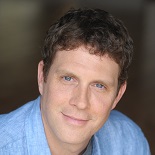 Justin Doran’s Alley credits include Lieutenant of Inishmore, Cyrano, Rock’n’Roll, Farnsworth Invention, Crucifer of Blood, Eurydice, To Kill a Mockingbird, Much Ado About Nothing, Witness for the Prosecution, and Christmas Carol. He has performed and/or directed for local favorites including 4th Wall, Stages, Main Street, Ensemble, HGO, and the Houston Ballet. Outside of Houston he has worked with the companies at The Geffen Playhouse, LA Shakespeare, Will Geer Theater, and Gulbenkian (UK). Screen credits include regular appearances on Buffy, E.R., Movie Stars, In-Laws, and According to Jim. He can be seen next on-screen in HBO’s Love and Death and is currently voicing Daichi on the hit series Haikyu!!. He holds a BFA from SMU, an MFA from UCLA, and certificates from the University of Kent (classical texts) and Juilliard (directing). Justin thanks his wife, Robin, for her continued work on their co-productions of Ty, Caleigh, and Jackson.