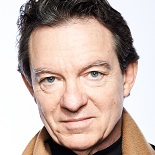 Lawrence Wright is a longtime staff writer for The New Yorker, where he won two National Magazine Awards. He is the author of twelve books, including The Looming Tower: Al-Qaeda and the Road to 9/11, which won the 2007 Pulitzer Prize and was named by Time Magazine as one of the 100 greatest nonfiction books ever written; Going Clear: Scientology, Hollywood, and the Prison of Belief (2013); and God Save Texas (2018). His most recent book, The End of October, a novel, will be published by Knopf in May. His movies include The Siege (1998), starring Denzel Washington, Annette Bening, and Bruce Willis, and Noriega: God’s Favorite (2000), starring Bob Hoskins. His six previous plays include Cleo, which received its world premiere at the Alley Theatre. His one-man show My Trip to Al-Qaeda (2007), directed by Gregory Mosher, enjoyed a sold-out Off-Broadway run and subsequently became an HBO documentary. Wright performed another one-man show, The Human Scale (2010), for the Public Theater in New York, directed by Oskar Eustis, and again at the Cameri Theater in Tel Aviv. Wright grew up in Dallas and is a longtime resident of Austin. He is a member of the Council on Foreign Relations and the Society of American Historians. He also serves as the keyboard player in the Austin-based blues band WhoDo.