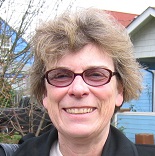 Mary-Kay Gamel began her work in Greek and Roman language, literature, and culture at Classical High School, and continued at Smith College, Harvard, and the University of California at Berkeley. She then joined the classics faculty at the University of California at Santa Cruz. In 1985 a drama student who wanted to direct Euripides' Medea asked if she would help. She agreed, wrote a translation, and participated in the performance, and the experience changed her life. From then on she focused on Greek theater. She directed at UCSC and in many American sites and Canada, the U.K., Australia, and New Zealand. She wrote and directed many translations, receiving awards and grants. She also gave lectures and published articles in professional journals and books, especially Women on the Edge 1999.