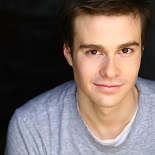 MATT HUNE is co-founder and Artistic Director of Houston's Rec Room Arts where he is dedicated to presenting and developing performances of every discipline. In Rec Room's short history, Hune and his business partner, Stephanie Wittels Wachs, have produced plays, performance art, dance, concerts, and opera. Before co-founding Rec Room, Hune developed the Living Room Series, where he converted a Montrose living room into a 22-seat black box theater. As a director, his original works or adaptations include: Hansel and Gretel, The Rite of Spring, Dead Rock Star, Not Mad, Inherited, and Accidental Death of an Anarchist. Other directing credits include: Blackbird, The Lesson, Three Sisters, and Tis Pity She's a Whore, among others. As an actor, he made his professional debut at the Alley in the regional premiere of Edward Albee's The Goat or Who is Sylvia. Some of his other acting credits include, Hamlet, Macbeth, Who's Afraid of Virginia Woolf, This is Our Youth, Dead Man Walking, The Barber of Seville, American Buffalo, and A Number. He currently oversees the acting program at the High School for Performing and Visual Arts. He also teaches acting in the MFA Opera Studies program at Shepherd School of Music at Rice University. He is an alumnus of The Theatre School at DePaul University in Chicago and a recipient of the National Foundation for Advancement in the Arts award for Theatre. He is a member of SDC (Stage Directors and Choreographers Society).