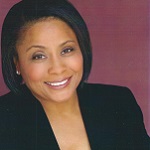 MICHELE HARRELL was last seen as Mary in The Ensemble Theatre’s production of Sassy Mamas. She created the role of Carrie Honey in the world premiere production of Front Porch Society. Some of her credits include Steel Magnolias at the Missing Piece Theatre, Daddy’s Dyin’ Who’s Got the Will? at the Zephyr Theatre, and Woman From the Town at Inner City Cultural Center. She created the role of Sharon in Daughters of the Lone Star State. In addition, she has worked with Mashirika Performing Arts in Kigali, Rwanda. Michele has guest-starred in many television shows. She is a graduate of Brown University and received an MA in Applied Theater Arts from USC. She was a charter member of the Alley Theatre Merry-Go-Round Children’s Theatre.