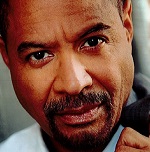 TYREES ALLEN Broadway credits include: Amonasro in the original Broadway Company of Aida, and Westmoreland in the revival of Henry IV at Lincoln Center. Regional credits include: Colin Powell in the American Premiere of David Hare’s Stuff Happens at the Mark Taper Forum, the title role in Othello at The Old Globe and more recently for Second Thought Theatre, Northumberland in Richard III at the Goodman Theatre; and Christian in Ruined for Echo Theatre. He played Mr. Chuck in the world premiere of Jonathan Norton’s Mississippi Goddamn. His more recent roles at Dallas Theater Center were Pastor Jay in The Christians and Aegisthus in Electra. Tyree’s TV work includes over 50 guest star spots, along with series regular roles on “Women’s Murder Club” and “Dark Blue,” and recurring roles in “Alias,” “Close to Home,” and “The Practice.”