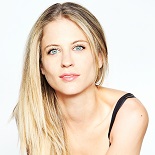 Valeri Mudek is delighted to be making her debut at the Alley Theatre. Theater credits include leading roles in Uncle Vanya, A Midsummer Night’s Dream, Time Stands Still, Charley’s Aunt and The Two Gentlemen of Verona at the Guthrie Theater under the Artistic Direction of Joe Dowling. Also at the Guthrie, Valeri originated the roles of Lucia Pamela, Dymphna and Angel in the World Premiere of Tiny Kushner, by Tony Kushner, directed by Tony Taccone, and went on to perform Tiny Kushner at Berkeley Repertory Theatre and The Tricycle Theater in London. Other theater credits include Michael Attenborough’s production of As You Like It at Shakespeare Theatre Company in Washington, DC, and Pamela Berlin’s production of The Humans at Pittsburgh Public Theater.  Valeri played leading roles at the Hudson Valley Shakespeare Festival, where she also curated, directed and acted in the new-works performance series, In Process, for three years. She has worked with numerous companies in NYC, including Metropolitan Playhouse, Ugly Rhino, Page 73 Productions and Apt 929 Productions. TV credits include The OA, Law & Order, SVU, The Mysteries of Laura and Forever.  Film: Above All Things (2018), Life, The Movie (2018), Ricky III (2017), Insalata Caprese (2009 Official Selection Heartland, Sedona, Port Townsend and Minneapolis/St. Paul International Film Festivals), as well as films with John Street Productions, Cult Comedy Pictures and 668 Productions. Valeri is currently in post-production for the film The Trip (working title), which she wrote, and also acted in alongside dear friends from Apt 929 Productions and Magenta Films.