Student MAPs help you locate a new destination for your students! Through a MAPs journey, your students will emerge as more empathetic and tolerant citizens. The newly expanded student matinee season exposes students to the best the Alley has to offer in exclusive 10AM performances. Every student matinee includes a talkback with the cast, crew, and creative team - allowing students to chat with some of the country’s most prolific and respected theatre artists. Tickets are $12.50 per student with one free chaperone ticket for every 10 students.

Book your usual show, or...

go beyond the show with a MAPS JOURNEY

Create a more impactful experience for students by pairing a show with:

•  A preparatory workshop!  Help students think outside of the box
•  A de-brief experience!  Help students personalize the themes
•  A tour! Peek inside our production facilities and witness where the magic is made
•  An Artist or Designer Talk! Learn to value the artistic process
•  or a combination of them all!

Alley Master Teaching Artists and Mainstage Actors can help your students explore the play and its themes in the classroom or at the Alley – before, after or during your visit.

learn more about the alley's programs for middle and high schools

MOST performances for this season have a waitlist.

If you would like to be placed on the waitlist please fill out the form. 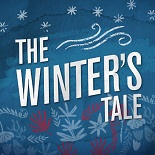 This whimsical tale of romance, tragedy, and comedy will take center stage in familiar places for Alley audiences. Set in Texas, this magical tale will be seen through the imaginative eyes of a young, Houstonian child. This play is a sweeping story of wrath and redemption and of lost and then found love. The Resident Acting Company will join together to tell Shakespeare’s beloved fable of hard-won joy and the promise of renewal.

Age Recommendation: Age 12 and up

Content considerations:
This unique production shows an adult world through a child's eyes - complete with gendered power struggles, classism, and injustice. The road to true redemption is paved with many struggles! As we all know, staging makes Shakespeare's sophisticated language so much more accessible. Don't be shy, a little plot summary goes a long way.
Fair warning: Watch out for bears. 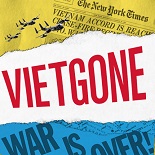 It’s 1975. Saigon has fallen. He lost his wife. She lost her fiancé. But now in America, a strange new land of cowboys, hippies, and bikers, these two Vietnamese refugees just might find each other. Remixing history and culture into a funny and energetic fantasia, playwright Qui Nguyen creates a contemporary twist on the boy meets girl story that The New York Times hails as “a raucous, immensely moving comedy.” Using his irreverent, infectious style, Nguyen takes audiences on a hilariously rip-roaring ride across 1970s America with a hot soundtrack that serves up hip-hop, sass, and revolution.

Content considerations:
Qui Nguyen sidesteps language and cultural barriers by using the voice of his own generation, which includes hip hop, slang, and significant profanity. This comedic odyssey explores love and loss in the context of 1970s America, including an irreverent and frank take on things your student has seen a lot of in 2019 . . . violence, drug use, and sexual relationships. 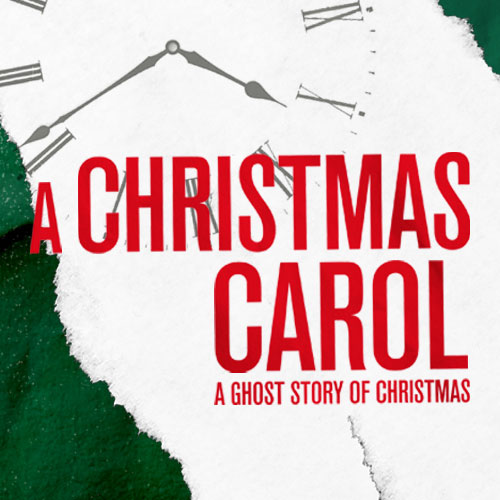 A Christmas Carol - A Ghost Story of Christmas is a family-friendly re-telling of Charles Dickens’ classic story, which follows Ebenezer Scrooge’s journey with the three ghostly spirits who visit him on Christmas Eve.  A Christmas Carol instills a powerful message about redemption and the spirit of the holiday season.

Age Recommendation: Age 6 and up 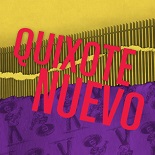 Directed by Austin, Texas-based KJ Sanchez and starring “Sesame Street’s” Emilio Delgado, Quixote Nuevo by celebrated playwright Octavio Solis is an inspiring reimagining of Cervantes’ Don Quixote. Set in a fictional modern-day Texas border town, Quixote and his recruited sidekick embark on an adventure in search of long-lost love. Infused with imagination, Tejano music, and true Texas soul, Quixote Nuevo shows the challenges of living in this modern world all the while in pursuit of a lost dream. The play is a co-production with Hartford Stage and Huntington Theater Company.

Content Considerations:
The adventures of Quixote Nuevo include bouts of combat, boozy patrons, and a few choice words en Español. While the audience is led through the imagination of Quixote, a number of people he comes across do not share his vision. He is mocked with various assaults that are verbal, physical, and sexual in nature, but your student has seen more that packs a punch every night on Netflix. 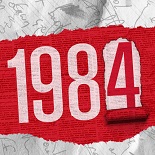 Based on George Orwell’s futuristic novel, 1984 brings us the story of Winston Smith and a stark vision of a world in which freedom of action, word, and thought are controlled by Big Brother. As the story of Winston’s fight for individual identity unfolds, the vision grows increasingly terrifying as the world it depicts grows uncomfortably familiar. How far are we from realizing Orwell’s nightmare? Are we already there? Can there be more than one truth, more than one set of facts? A ferocious and provocative adaptation of one of the most prescient works of literature of the last century.

Content considerations:
Winston's story plays out in unblinking re-enactments by his captors. This gives life to some explicit details found in the Orwellian classic, such as Julia's love of foul language, the sexual nature of the couple's forbidden affair, and the violent torture of the totalitarian Party.