When Ashley was six her mother found God at the Alamo City Baptist Church. The family strapped a wooden cross on top of the station wagon and became missionaries. A dozen cities and several miracles later, Ashley heard about a magical island called New York City when a former James Brown back-up singer testified about her sins in church. New York sounded great. Ashley couldn’t wait to have her own apartment there but when she arrived, after all the moving, she struggled to put down roots. Actor-comedian Ashley Austin Morris (Alley’s The Other Place) invites you to join her at the theatre, where she feels most at home, as she attempts to answer the question “Where are you from?” 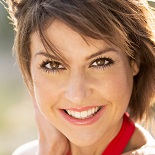 as Writer and Performer