In Conversation with Robert Askins

A few weeks before the first rehearsal of The Carpenter, Lily Wolff, Literary Manager at the Alley, called playwright Robert Askins to talk about his work: 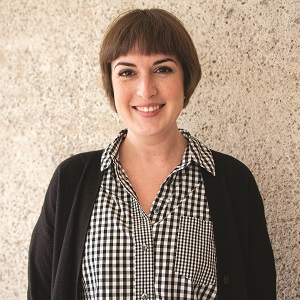 Lily Wolff: We are so excited to be producing the world premiere of The Carpenter following our workshop performances in the 2017 Alley All New Festival. Similar to Hand to God, which the Alley produced in 2016, The Carpenter is set in your home state. What does it mean to you to write about Texas? 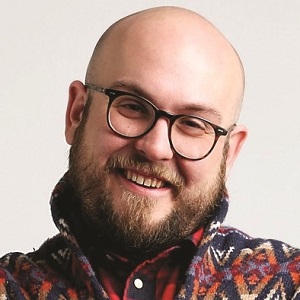 Robert Askins: It’s interesting when you start writing about your home. I think it opens up a literal, linguistic poetry, if you have an ear for language. And it also opens you up for a sort of emotional poetry. Being outside of the state, looking back, allowed me to hear voices more clearly, and to feel things more openly, and to sort through those things from a distance. When I started writing I was much more interested in the sort of Sam Shepard, surreality, hyper-masculinity, and the small town demimonde. Hand to God was a real pivot for me, because it wasn’t a dark Western. It was, instead, a dark and perverse emotional comedy. It was understanding, and loving and trying to come to terms with, instead of this imagined, genre-Texas, a Texas that was closer to what I lived and my emotional experience. And I’m a very strange person, y’know? (laughter) A lot of people I think would have trouble recognizing the real Cypress, Texas in my version of Cypress, Texas. But at the same time, that’s what it was like to grow up in that place, to be inside my skin and see out of my eyes. And The Carpenter, too. I don’t think much has been written about the very specific tension between Houston and Dallas! So to get from a general understanding, a surreal understanding, an appropriated understanding of the landscape that is Texas, to a comic, specifically realized understanding of Texas, to a very, very personal understanding of one’s home is part of the journey of the artist. Like, I don’t know Sam Shepard’s Texas; I’ve never been there. I don’t know Horton Foote’s Texas; I’ve never been there. But I would like to take everyone to my Texas.

LW: Place and class are so important in The Carpenter. Can you talk a little more about what they mean to you?

RA: There’s a strange floating, like, meta-geography to class in America. Where people, the wealthy, are in certain places, almost regardless of the actual location. Like, y’know, the invisible connections between places like Aspen and neighborhoods like River Oaks or Highland Park [the setting of The Carpenter] or Silver Lake or Williamsburg. It’s just very interesting to me because my childhood and my young adulthood were very geographically bound. I think one of the reasons that one has frustrations sometimes as a young artist raised in the lower middle class is because there is no getting out. The entire world feels very claustrophobic, because your world can consist of a church and a school and an intersection of two roads. Whereas, when one enters the upper middle class, you travel. Y’know, planes are a thing. And there are still frustrations, but they are not as geographically tied. Which may be one of the reasons that Doug Wright, while being from Highland Park, is writing about Weimar Germany and ole Rob Askins from Cypress, Texas is writing about Cypress, Texas.

LW: So, does your family come to see your shows?

RA: My family did not see a lot of my early work, partially just because of a lack of opportunity. Like, my mother didn’t go to New York until I had my first full length play produced there, Princes of Waco. And, then, y’know (laughs), she has a lot of fun now. She’s seen every version of Hand to God. She saw the off-off [Broadway] version, and she saw the off [Broadway] version, and then she saw the Broadway version, and she saw the London premiere. And so, it’s interesting that she’s seen a large part of the world on the back of this play. And we were home for Christmas, I think, last year, and CyFair Community College was doing a production, and so we went to see that and it was just right down the road. I became aware of that because of the Alley All New Festival. Somebody came up to me afterwards and said, “my nephew’s cousin’s something is in a production of your play at CyFair Community College.” And it was just 15 minutes from the house.

My mother was always very supportive of my artistic aspirations, but theatre, by and large, was not part of our lives in a grand way. We weren’t going to Broadway. And it wasn’t until high school that I saw something at the Alley. But what we did was go to community theatre. Playhouse 1960 is a place not too far from our house. And I did children’s shows there as an actor. High school theatre at Cy-Fair, speech and debate. And church drama. These were the places that we accessed the theatrical. And I think that’s one of the things that I love most about the theatre, as opposed to film and television. Is that, no matter where you are, there’s a small band of weirdos who have found a flat space, with a curtain and a couple of parcans, and they will make a show. You can be a sort of rudderless weirdo, an hour outside of a cultural center, and plug into great plays. And that I think is what separates people who are made to make plays from people who aren’t. I remember being in a UIL one act festival and seeing a 45 minute version of Abelard and Heloise. I was sixteen, seventeen—I’d probably never seen a professional production. And it was in a cafeteria auditorium, it might’ve been in Pflugerville. But I remember seeing that there is a play there. There is something special about what these people are doing. Now, if you don’t like theatre, if you don’t like this art form, you aren’t gonna see shit. But if you do love it, if this is the thing that makes your heart sing, you can see the beauty and the possibility of the form on any stage. And I think that is one of the things that is so special about what we do in relationship to all other art forms.

LW: When you were here last, you spoke with my predecessor and shared that your writing process typically begins with “a gesture, or a feeling, or a need.” What was the beginning for The Carpenter?

RA: Yeah, a lot of times they come from a gesture, and a lot of times that gesture is defiance. The Carpenter comes from, very specifically, I found out I had a half-brother that the family had hidden. Gosh, I guess this is four, five years ago now. And he contacted me through Facebook.

LW: And that was your first inkling of his existence?

RA: Yeah, it was him saying, “We have the same dad.” And “let’s get a beer.” And so that was strong medicine, that was some strong magic. And there’s a version of the play that is very weepy. There’s a version of the play that is, like, hand-wringing Southern melodrama. And I was like, I hate that. I don’t want any more of that. In the time of Tennessee Williams it was true that things like secrets and social problems and breaking mores could cast one from a small town, from small-town respectability. We don’t live there anymore. So, instead of telling that story, I was like, how do I tell the comic version of that story, y’know, while still trying to preserve the absolutely present emotional stress of the event. The hard part about tragedy is that tragedy has to go all the way to the Fall of the Great House, you know what I mean? And I think the reality of our lives, my life, is that that shit happens all the time. The price of a gothic southern upbringing rears its ugly head again and again and again. But you don’t get to just throw up your hands! You don’t get to just walk away. The difficult project is how hard these things can be, how hard it is to be in a family, and then show up for Christmas, you know? And that to me is more the essence of comedy. There’s a reason this is told like a twin play, because I’m interested in the lies, and I’m interested in people pretending to be things that they’re not. Twin plays are fun, and we don’t do a lot of them. I’m also interested in real basic mistaken identity jokes. I found out I had an extra brother, and so now we call and have awkward meetings at Christmas, because it’s hard, because being a human is hard, and being alive is hard.

LW: Is your brother going to come see the play?

RA: I don’t know, we’ll see. He saw Hand to God with me for the first time in Dallas. Like, maybe three months ago. And it was interesting. To take someone, who is not a stranger at this point, to Hand to God, which is about the death of a father he never knew but is his father. And it was very, very strange. But it also really helped our relationship, because that play, in a lot of ways, is more vulnerable than I am in conversation with him. And I think that’s one of the really interesting things about writing directly from your life. You invite strangers into a very intimate understanding of the inside of you. I have no problem letting 800 people know about my self-destructive tendencies when there’s a puppet involved. But like, sitting across from another person and saying, “this hurt me,” is hugely difficult.

LW: Where were you in your life when you started writing The Carpenter?

RA: I started writing this after Hand to God. I’d had successes artistically before, but Hand to God changed my life. I mean, The Carpenter is a play about people pretending to be other people and dealing with imposter syndrome, when the stakes seem very high. And dealing with class. Also dealing with the fear that the secret part of who you are is gonna take everything away was very much present in my life at that point.

LW: How has the development process at the Alley All New Festival been useful to you? What role has it played in the evolution of The Carpenter script?

RA: Oh, it’s wonderful. It’s so important. Every step of the way. This was kind of a drawer play in a lot of ways until Liz [Frankel, Alley Theatre Director of New Work] read it and breathed new life into it. I write a lot, and then I’ll move on if there isn’t interest, and then I’ll write something new and we’ll see what sticks. I’m not very precious in that way. But it’s always wonderful when somebody’s like, “I think there’s something special there.” And then they put their money where their mouth is. It takes. A long. Time. To get. A play. Right. Especially a comedy. So, the Alley’s support has been invaluable. And the play just keeps getting better, which is one of the great things about this process. The notes underneath the comedy and the farce become richer, which I think is what separates a good comedy from a sitcom, is the depth. The thing people respond to in the theatre is emotional honesty. So, the more that the play opens up, the more it becomes frank about what the characters are going through, the deeper those laughs get. And that doesn’t happen without time and support, which is absolutely what I’ve gotten from the Alley Theatre.