The Rise, Fall, and Renewal of Detroit

Over Detroit’s first hundred years, the city passed through many hands—perhaps an indication of its dynamic future. In 1701, the French established the strategic “Fort Ponchartrain du Détroit” to control river traffic, secure the fur trade, and protect French settlements against the British. In 1760, the British won Detroit from the French and owned it until 1796, when the United States took it as part of Jay’s Treaty. During the 19th century, Detroit was known for its stove and cigar manufacturing and served as the last stop on the Underground Railroad.

Beginning at the start of the 20th century, a growing auto industry helped Detroit to become one of the largest and most prosperous cities in the United States. In 1896, Henry Ford famously built and test-drove his first automobile in Detroit. Though he did not invent the automobile, Ford’s assembly line method—which produced its first car in Detroit in 1908—transformed the manufacturing sector. Led by the Big Three (Ford, General Motors, and Chrysler), the auto industry made Detroit boom.

The auto industry—and Detroit—peaked around the 1950s. In the 1960s, the industry began “decentralizing,” moving many of its plants to the suburbs. However, people—primarily African-Americans—were migrating to Detroit because of its reputation for job opportunities and high wages. By the time they arrived, many of these jobs had already disappeared.  As this was happening, whites in Detroit followed jobs into the suburbs, creating a racial divide between suburb and city that remains today. In the 1960s, Detroit became famous around the country for its vibrant African-American culture. Founded in 1959, Motown Records transformed popular music with its iconic soul and pop sound and launched the careers of stars like Marvin Gaye, Stevie Wonder, the Jackson 5, and Diana Ross.

Tensions in Detroit reached their height with the 1967 race riots (the subject for Morisseau’s play, Detroit ’67). During the five days following a late-night police raid of an after-hours bar, a series of violent confrontations led to 43 deaths, hundreds of injuries, and over 7,000 arrests. These riots are remembered as some of the most destructive and violent in United States’ history, and are widely regarded as a culmination of institutionalized racism, segregation, wide-spread unemployment and underemployment within the African American community, and an antagonistic police force.

Detroit did not fare well over the following decades, as its fate remained linked to the rise and fall of auto manufacturers’. The decline of US auto manufacturing was exacerbated by the gasoline crisis in the early 1970s. In the 1980s, an economic recession further depressed Detroit’s economy: companies associated with the automobile industry continued to leave Detroit, and available job opportunities shrank further as a result of automation, leaving many downtown areas empty. Abandoned factories, businesses, and homes became the new face of the city. In 2010, the population hit a deafening low of 710,000 people—its lowest since 1910.

Now, Detroit faces the challenge of revitalizing its city. In a 2013 article, New York Times writer Bill Vlasic suggests that two of the biggest obstacles are mending the divide between the rich and poor and improving an ineffective government. Recently, however, Detroit’s revitalization projects have been progressing. In early 2017, the city completed a $185 million project that replaced Detroit’s streetlights–illuminating streets after years of darkness. Detroit is focusing its efforts in downtown areas, but efforts to improve public transportation will help connect the city’s separate parts. New York Times reporter Michael Kimmelman describes the significance of these efforts to a community that has waited years for progress: “Among ripple effects, trust may be the most invaluable.”
—Julia Maier

Reprinted with permission from the Studio Theatre. 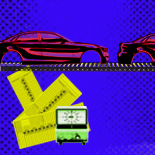 A compassionate tale following a family of co-workers

In the breakroom of one of Detroit’s last auto stamping plants, a makeshift family of co-workers swaps stories, shares dreams, and takes pride in their work. Loyalties are tested and boundaries are crossed in this “deeply American play” (The New York Times).