Get to Know Playwright Vichet Chum

A few weeks before the start of rehearsals, Director of New Work Liz Frankel called playwright Vichet Chum to have a nostalgia fest about how it all began. 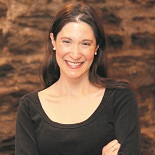 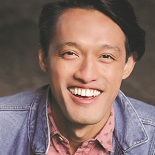 Vichet Chum: I like to say that the play is loosely based on real events. What I remember and what I recall were a jumping off point to write an entirely different story altogether. My own personal story and the play meet and overlap in capturing my experience and the recollection of how I felt in high school, but it diverges pretty majorly in the details. Sometimes the characters are an amalgam of people I knew in high school, and then some are products of my own imagination.

LF: And what led you to write High School Play?

VC: I think the story of High School Play: A Nostalgia Fest has lived inside of me for a very long time, but the real moment of conception was when I saw the Broadway revival of Six Degrees of Separation back in 2017. I thought that I was seeing the play for the very first time. I had a really intense, emotional reaction. It triggered this memory that had been put away for a long time -- this memory of when I competed in high school competitive theatre, both speech and debate and also UIL One Act Play.

VC: That is my favorite part of the title! Most immediately, it refers to the characters in the play. The students describe the pressure they feel from their coaches as a product of their “nostalgia fest” and the adults living vicariously through their students. I've always been fascinated by coming-of-age stories and this concentrated period of our lives where emotions are really high, and we’re feeling lots of things. We’re learning about our impulses and our ability to shape who we are as people. It is a universal experience, and so I wanted the whole theatrical experience to follow suit. Whether you’re a kid who’s in high school now, you're venturing off to college, you’re a theatre teacher who’s constantly surrounded by kids, or you’re an adult who’s been through high school... this play is a nostalgia fest for all.

LF: Absolutely. Related to that, the play is set during 2003/2004, though many moments – most of it – feel like they could be happening today. Why did you set the play in those years specifically?

VC: It’s an interesting question because I think that I could have alternatively set the play in 2021 or 2022, when the play is going to be premiered. But I’m obsessed with how things change overtime and how things don’t change overtime, or the things that look different now. Some things have greatly changed, and some things have not. I think that we have certainly moved forward politically, culturally, and societally. Spaces are much more inclusive than they used to be. For sure. I feel like now, in this moment, there’s the greatest push for change and simultaneously I feel the greatest resistance to that change, as well.  I think that we’re in an inflection moment and things are so charged politically that I want to offer 2003/2004 to an audience so that they can reengage with that time period and reflect on the journey from then to now, and where they find themselves on that journey.

LF: I’m gathering that those were the years when you were a senior in high school too, right?

VC: I was absolutely in high school in 2003 and 2004. The things that happened in those years have stayed with me ever since. What’s been delightful about this creative process was bringing those memories to the surface and then being able to draw the connections between then and now, and also put them in juxtaposition to what’s happening now in the world.

LF: So, you got your start in theatre in high school, but what was your path to playwriting after that?

VC:  I did theatre all throughout high school and then when I was a senior, I had to decide whether I was going to go the University of Evansville for acting or Sarah Lawrence for writing. I ultimately chose to go to Evansville and then right after undergrad, I went to Brown University for my graduate degree in acting.

What is unique about that graduate acting program is that you are also asked to take directing and playwriting at the same time. I was getting the opportunity to write again, and I really loved it. I had this great playwriting teacher named Dan LeFranc who said to me, “You’re a very earnest, open-hearted person. Make sure you stay true to that impulse.” So, I did. He inspired me to remain myself and to stay true to my voice.

After that, I moved to New York City and did the hustle of an actor's life while writing the whole while. Eventually, I landed on this solo show I started in graduate school based on my relationship to my parents’ history as survivors of the Cambodian genocide. I had the privilege to perform that play entitled KNYUM at the Merrimack Repertory Theatre in Lowell, Massachusetts. It was my first professional production, and it was a deeply impactful experience. Lowell, Massachusetts has the second biggest Cambodian population in the country. I was given the opportunity to perform this story for my community, and it opened my eyes to what I was capable of. My next play after was High School Play: A Nostalgia Fest.

LF: I know you go way back with your director, Houston’s own Tiffany Nichole Greene, who first introduced us to your play and directed the reading of it in our 2020 Alley All New Festival. How did you and Tiffany meet?

VC: It’s so funny to recall how Tiffany and I came to love each other, because I feel like we’ve always been the best of friends. We went to grad school together; we were both actors primarily in that space, but while I was vigorously writing on the side, she was vigorously directing on the side. We didn’t collaborate in that way until well after graduate school. I had been following her work and she’d been thriving, then I had this opportunity to do a workshop of High School Play down in Florida. That was the first time I had been asked to think about who I wanted to dream this story with, and I immediately thought of Tiffany. Honestly, we had never worked together in that capacity, but I deeply desired somebody I trusted, who cared about me, and who I cared about deeply. We did that workshop down in Florida many, many years ago. I went down with only 20 pages and wrote an entire draft in a week. Tiffany and I have been connected creatively on this project ever since. It's amazing to work with her. I trust her with my life, and I do mean that, not just artistically, but personally. When you have that level of trust with someone, only good stuff can happen.

LF: You live in New York, after growing up in Texas, and I know you’ve developed this play and other plays at theatres around the country, but what does it mean to you for this play to have its premiere in the state that you come from?

VC: It means everything to me. Realistically, it’s a greater opportunity to bring my family to my work. Also, Texas shaped me. It’s the place I lived in for eighteen years of my life. However complicated my experience was living here, it remains important to the person and artist that I am now. It’s very special premiering my play here. Everyone at the Alley has been lovely to me and has made this feel like my homecoming in a big way.

LF: Yay! It is - it’s your homecoming! Could the person you were in high school have imagined that this homecoming might happen?

VC: I feel very split about this question. I feel like “absolutely not,” because I think that young, eighteen-year-old kid was really nervous and shy and did not take up a lot of space. I think he was really protective of himself, and the idea of expressing himself in a full-fledged play would have freaked him out. He was really insecure, and that kid didn’t necessarily believe in himself the way I believe in him now. So, “no.” My other response is “hell yeah!” I also think that maybe he did believe it deep, deep, deep down in his belly and he just needed a lot of people along the way to reflect back to him that he had a power inside of him that he just needed to get out, get messy with and then sort of calibrate for good. So, “hell, no” and “hell, yes.”

LF: Love it. What else are you working on right now?

VC: Lots of things! I am currently working on a young adult novel called Kween. It is being published by Quill, an imprint of HarperCollins, and it will be out in 2023. I’m also working on a play entitled Bald Sisters that will premiere at Steppenwolf Theater in Chicago in December of 2022. That’s really exciting. I am working on commissions for Audible, Merrimack Repertory Theatre, and another play for Steppenwolf Theater, too.

LF: Is there anything you’d like to say to a current high school student who might be reading this interview?

VC: I would say, “Thank you for coming and experiencing this story; I’m deeply grateful for your presence in this nostalgia fest. I wrote this play for you, the person that you are and the person that you’re going to become. I hope that you are able to witness your fears, your dreams, your anxieties, and your hopes in this story. Keep following your impulses; don’t be scared of them. They are your power, and I can’t wait to see what you create.” 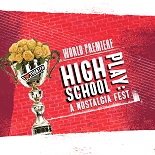