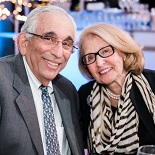 Forwarding Their love of the Arts

The performing arts have always been a passion for both Malcolm and Jackie Mazow. Their involvement with the Alley traces back to the days when the first Alley Theatre building was located on Main Street down an “alley” and Nina Vance was the artistic director. They have been subscribers and donors for decades.  Jackie shared, “We realize that as we are growing older – not old, just older – we have a responsibility to make certain there are such quality arts experiences for our kids’ generation and others. Several years ago, when we began planning for our future, we wanted to make provisions in our estate plan to ensure the arts would be accessible for future generations. We explored many options, and decided to establish a charitable remainder unitrust; the Alley has been made one of the beneficiaries. We feel extremely fortunate to have such a vibrant arts scene in Houston. Being part of a group of outstanding, talented, dedicated and passionate individuals as we have at the Alley, makes us proud, indeed! 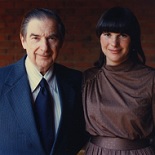 As a former private banker and trust officer, Nancy Shelby and her husband Alan had their estate plans in place. However in 2010, when she inherited an IRA from her brother’s estate, she made a decision. With her husband’s endorsement, she named three charities as beneficiaries of her inherited IRA. Per Nancy, the Alley was an obvious choice as a beneficiary because of her longstanding support as an Alley subscriber and advisory board member. Her legacy gift to the Alley honors her father, Charles M. Macko, who during his career served as a movie and theatre critic for the Wall Street Journal. Per Nancy, “I think it’s much better to honor people who helped make you and ignited the spark that made you who you are. This gift is in tribute to my dad, who introduced me to theatre, and keeps the Alley and his memory alive.” 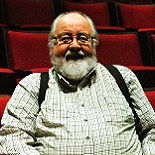 Keeping the Alley State of the Art

The renovation of the Alley Theatre spurred John Eymann’s involvement with the Alley. “I’ve always enjoyed going to the Alley but when I learned that I could have my name etched on an armrest by contributing to the capital campaign, I thought that was a great idea.” In addition to being an Alley seat donor and subsequently an annual fund donor, John decided to also include the Alley in his estate plan. Several years prior to his retirement, he prepared by reading up on personal finance. Per John, “I wanted to get my ducks in a row. I reviewed my retirement accounts and learned a lot about beneficiary designations.” John’s wish for the Alley is “to keep up the good work.” The Alley, in turn, is deeply grateful for John’s legacy gift which will help ensure that our state-of-the-art theatre will continue to be enjoyed by audiences for decades to come. 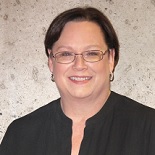 Supporting the Arts through Her Estate

Cindy Macias’ first introduction to the Alley was attending a performance of A Funny Thing Happened on the Way to the Forum in 2004. The production made such an impression that she and her husband David decided to become full season subscribers the following year. Cindy became equally captivated by the creation process when she attended the first-ever Alley All New Festival in 2016. She saw most of the new play readings and workshops one of which was Syncing Ink by NSangou Njikam. She truly enjoyed seeing the culmination of the play’s development process when she attended the world premiere production of Syncing Ink the following year. In May 2016, Cindy’s personal life took a dramatic turn:  David, her husband of 23 years, passed away. In the months following his death, her numerous financial tasks included reviewing her estate plan. She made the decision to include gifts to charitable organizations that had played a significant role in her life, one of which was the Alley Theatre. Cindy noted, “The Alley was a natural choice. It is important for individuals in the community to support the arts, and the Alley Theatre, as a Tony Award®-winning theatre, is one of the best in the nation.”