In 1981, photographer Larry Sultan decided to turn the lens on his parents to ferret out the darker truths lurking beneath sunny home movies and his father’s proud salesman veneer. While his wife and young boys spent weekends without him, Larry interrogated the notion of manhood by interviewing his father. Though set in the recent past, this slyly poignant and theatrically inventive new play by Sharr White (The Other Place on Broadway and at the Alley; writer on Showtime’s The Affair) is both of-the-moment and timeless.

*Join us for a post-show discussion after the reading.

All Alley All New workshop performances and readings are free and open to the public. Seating at the Alley All New Festival is general admission, with priority seating for festival package holders. Learn more about our new festival seating policy here.

Pictures From Home was developed by the Cape Cod Theatre Project, Hal Brooks, Artistic Director.
Developed with the support of New York Stage and Film. 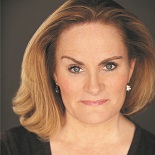 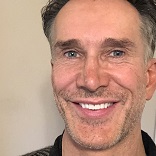